Cyber Security for IT Support Providers 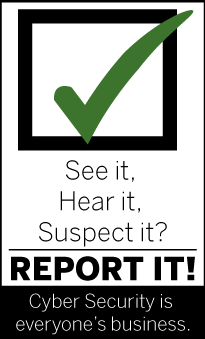 The installation of antivirus software on a Western owned computer is required as a necessary component of the defense-in-depth approach to protecting data in our environment. Other layers of security to be implemented include firewalls, operating system patches, application updates, implementing the principle of least privilege, etc.

Windows Defender is the recommended Anti-Virus application. Windows Defender will be managed via the SCCM (System Centre Configuration Manager) console. This will ensure that each workstation is properly protected, as well as provide alerting if an outbreak affects the University.

Be advised that Windows Defender is already preinstalled on all Windows 10 workstations.  Enrollment of your computer into the SCCM requires a request be sent to WTS via Service Desk.

There are 2 options for antivirus software for Windows servers.  The default option is to run Windows Defender that is managed by SCCM, no differently than Windows 10.

An administrator may request TrendMicro OfficeScan for Windows servers.  This is also managed by a central console administered by WTS.

TrendMicro includes a version of OfficeScan for Macintosh systems.  The latest TrendMicro OfficeScan supports Mac OS X releases from Snow Leopard (10.6) up to the most recent release.

Published on  and maintained in Cascade.

Cyber Security for IT Support Providers